Melody DYLEM had become known through the Little Dreams Foundation where she will have the great opportunity to sing a duet with Phil Collins (Genesis).

Melody was also the lead singer and co-composer of the Swiss Symphonic Metal Band “Elferya” for Eden’s Fall Album.

In 2015, Melody decided to create her own project, a blend of progressive rock and melodic rock, under her name. The achievement will be the release of her first single “Walk Away » recorded with session musicians early 2015.

The strength of this song will convince the label 7Hard in Germany to release a whole album and the genius designer Hugh Syme (Dream Theater, Rush, Whitesnake) to create the artwork of her debut album released in January 2016.

The album will get very good reviews in German rock magazines (Rock It! & Breakout) as well as in many webzines around the world. Several songs of DYLEM will feature on compilations among great bands (Nightwish, Epica or Within Temptation).

In 2020, DYLEM release a new EP thru 7hard that they mixed at SlabSound Studios in France. Once again, they got the opportunity to collaborate with Hugh Syme for the artwork of the EP. They also work with Jason Borruso (Eluveitie) for the video clips. 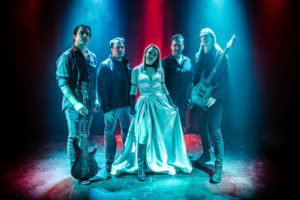 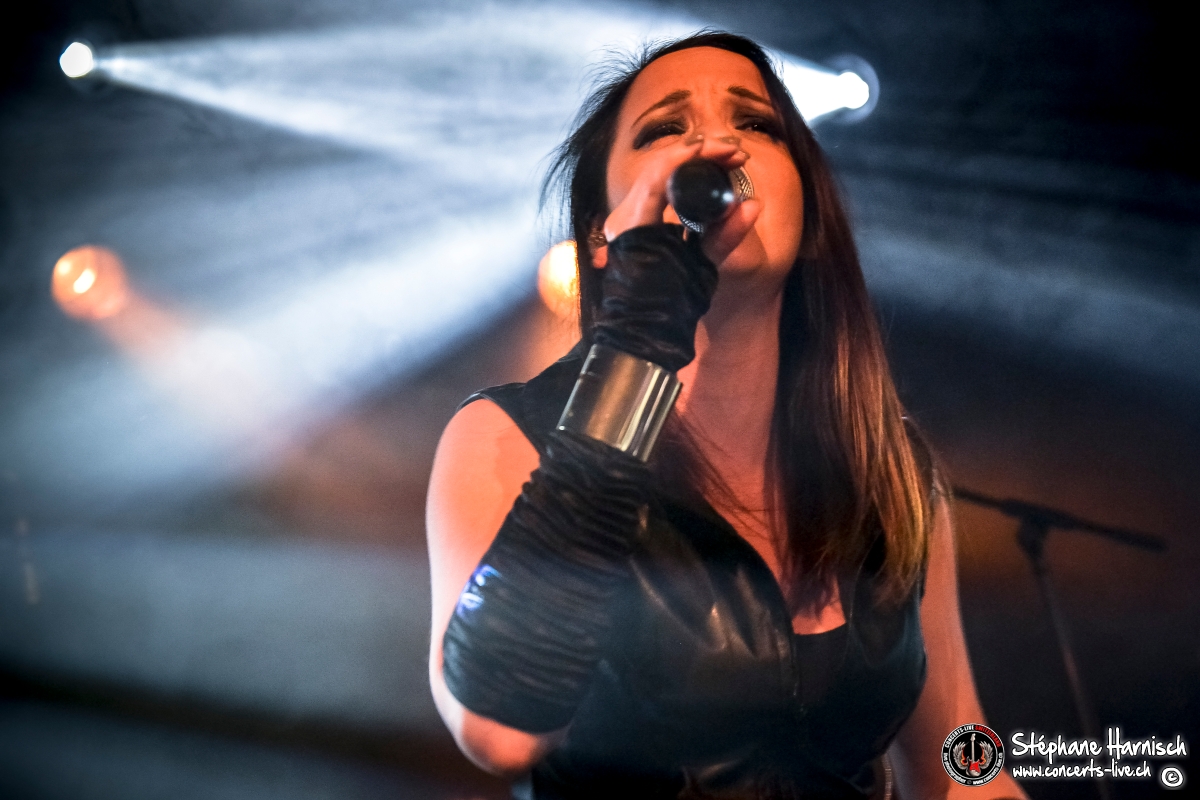 Melody Dylem
Singer & composer
Melody started at age 15 as a singer in different events (private concerts, company parties, etc.). In 2000, she had her first television appearance on Read More...

Melody started at age 15 as a singer in different events (private concerts, company parties, etc.). In 2000, she had her first television appearance on the Swiss french TV (« les Coups de cœur » of Alain Morisod. Then she had the opportunity to get into the Little Dreams Foundation created by Orianne and Phil Collins where she was sponsored by the artist Phil Collins during her training (singing lessons at CV Prod Paris, at the Swiss Jazz School of Bern, danse, theater…) until she became graduated in 2004. During year 2001, Melody was invited to sing a duet with Phil Collins and his legendary musicians (Chester Thompson, Leland Sklar, …) on the hit single “A groovy kind of love” at the Grand Casino of Geneva. During those four years at the Little Dreams Foundation, Melody sang with the « LDF band » on most of the greatest scenes in Switzerland (Arena of Geneva, Montreux Jazz Festival, Stadium of Sion (supporting act for canadian singer Garou), etc.). In 2003, she was semi-finalist of international competition « Jazz Voice Montreux jazz festival ». Between 2006-2013, she was the singer of different studio projects and did private concerts. She also was a singing teacher in different music school. In 2012, Melody created the band “Tribute to Rock” in which she covers various songs of Rock FM’. She began to create her first solo album called DYLEM in her home studio in 2013. Melody is also dancing as modern jazz as classical since she is 6. She also was the lead singer of the Swiss band symphonic metal “Elferya” during some years. 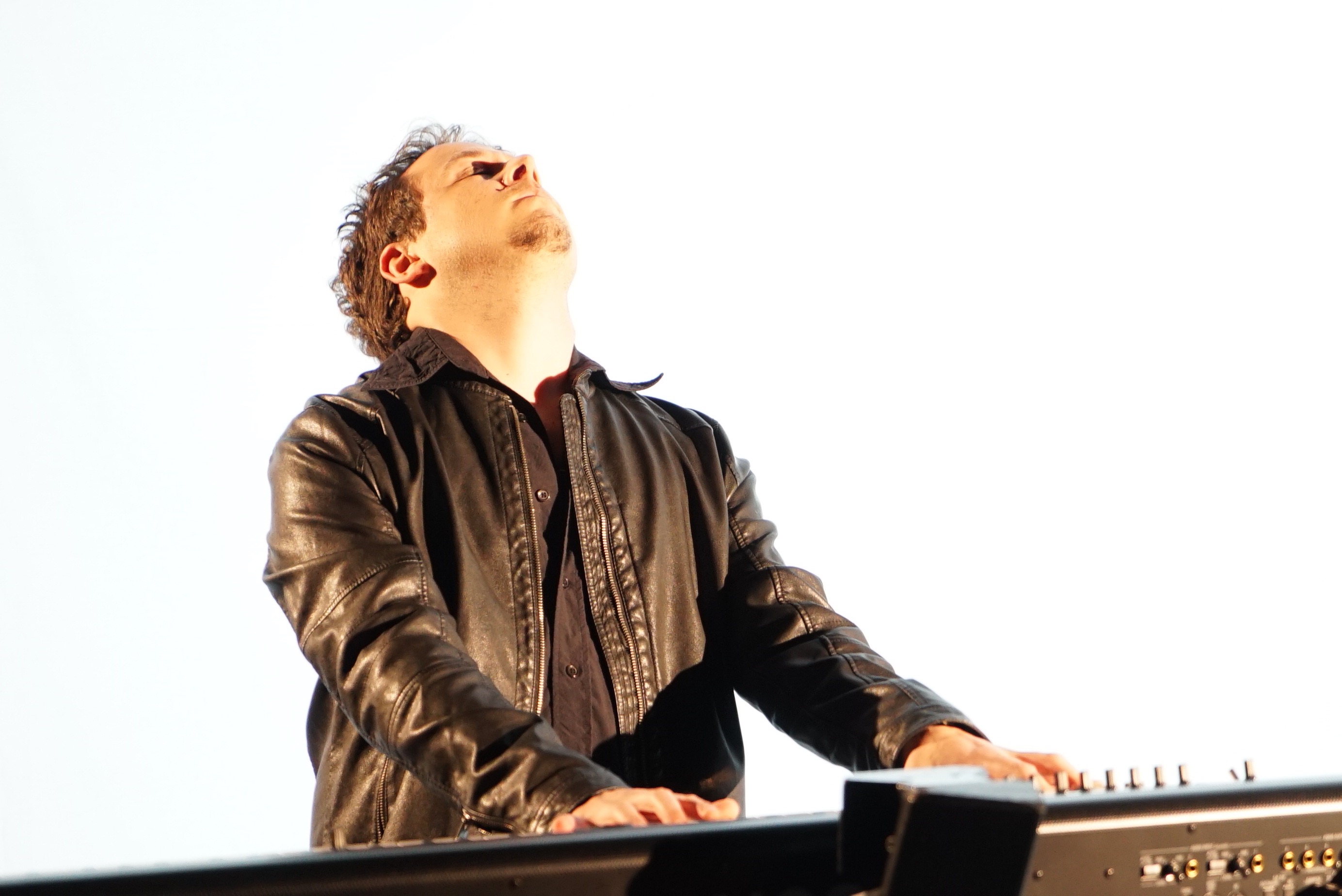 Don – keyboards
Keyboards - Composer
Don starded piano at age 6. At 9, he was already on stage playing his own compositions. Since then, he had played in different bands Read More...

At 9, he was already on stage playing his own compositions.

He performed with american singer Eric St-Michaels (China) and the bands Touched by, Spoonful (with the singer of Swiss metal band “Sideburn”), Reasons, Blue Mojo, Bobby Johnson, Mama G, Tribute to Rock and the Gospel Choir “One Step” of Lausanne.

Don features on the album of Monica Aliaga, Eric St-Michaels and Touched By.

He co-wrote the album Dylem. 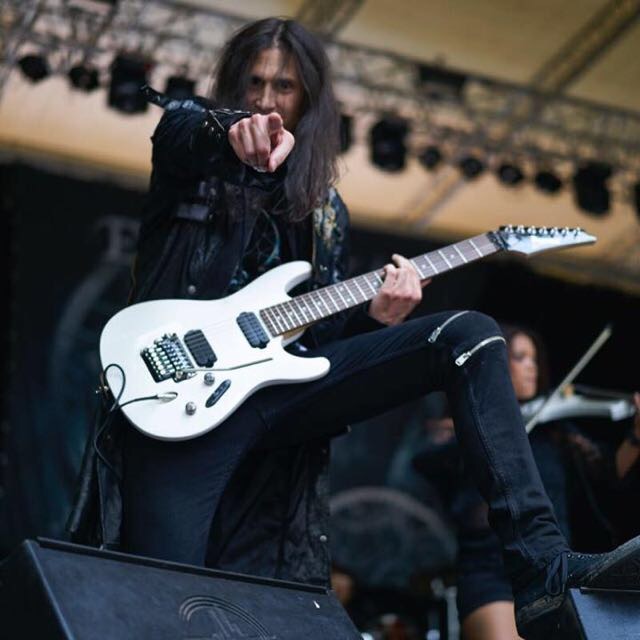 Valery Veings – guitar
Guitar player
Self-taught guitar player since he is 15, Valery quickly joined the band “Like Wilds” and wrote the music for circus company “Altaïr”. In 2008, he Read More...

Self-taught guitar player since he is 15, Valery quickly joined the band “Like Wilds” and wrote the music for circus company “Altaïr”. In 2008, he joined the band “Elferya” (symphonic metal band) at its very beginning and will play, tour and record during 10 years with them. Valery is also the co-founder and guitar player of the band “Chaoseum” since 2018. 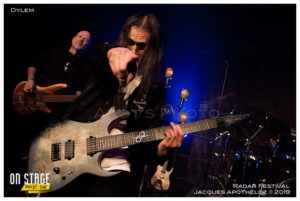 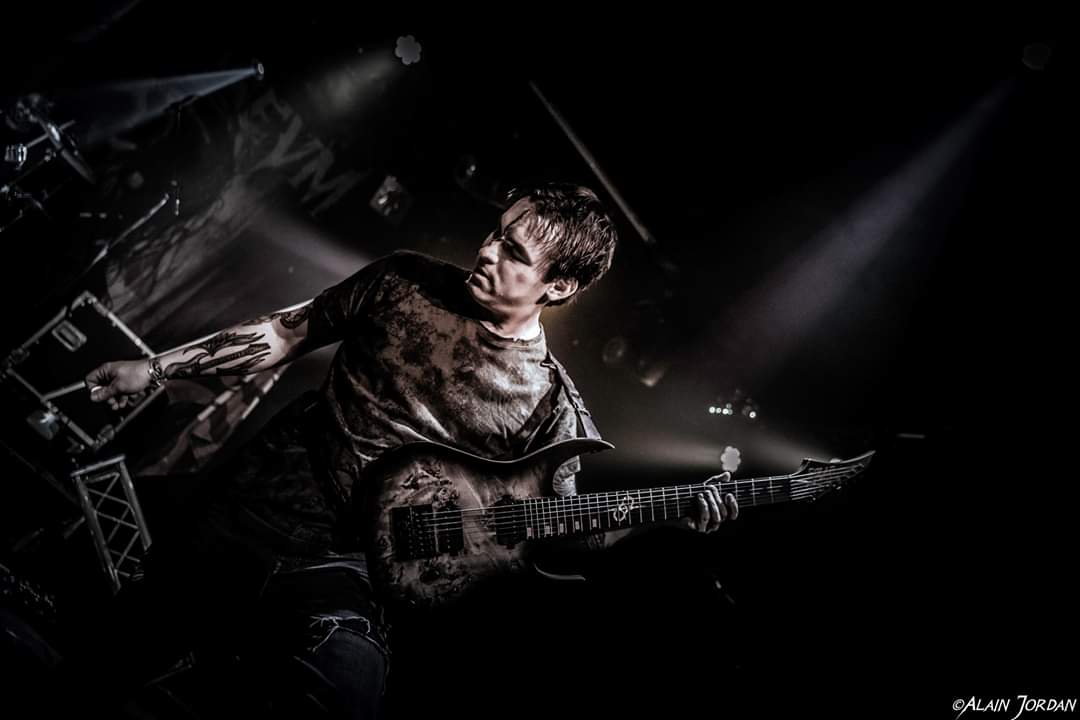 Loïc Duruz – bass
Bass
Born in 1989, Loïc started the guitar at 13 years old. Self-taught musician, he learned to play by listening to his biggest idols such as Read More...

Self-taught musician, he learned to play by listening to his biggest idols such as Marc Rizzo, Andy James Munky, etc. He also started to play bass guitar since 2017. He played in many bands such as Cyphery, Digger and Elferya. In 2018, he decided to form the band “Chaoseum” with Valery Veings. Through the years, Loïc has performed in many festivals and stages in Switzerland, USA, Russia and Europe. 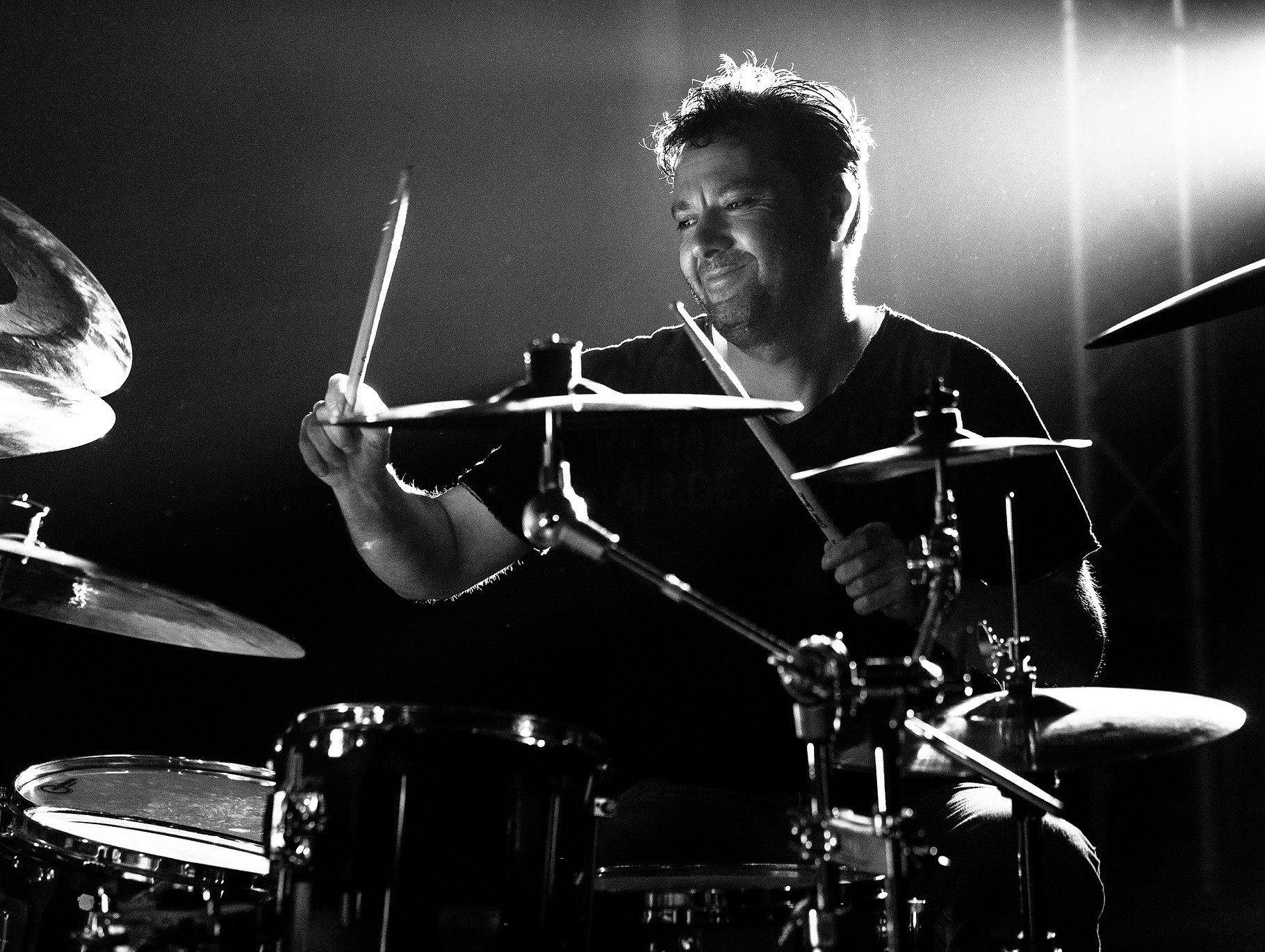 Olivier Quinche – drums
Drums
Born in 1970, Olivier started to play drums at age 7. With the “Tambours de Nyon”, during his youth he got the 4th place in Read More...

With the “Tambours de Nyon”, during his youth he got the 4th place in Swiss Championship.

He studied drums at EJMA/ Lausanne during several years and then went to New York where he studied at the Drummers Collective, Music School, during one year, where he obtained different certificates (CPA & CPB, ACP Advanced certificate).

He is right now and since 1982 active in several bands at the drums and has more than 450 gigs at his credit (from rock, metal, funk, pop, electro, blues, fusion to country, afro, jazz, new-orleans or gospel). He was also session musician in different recording studios (Switzerland, Belgium, France & USA). 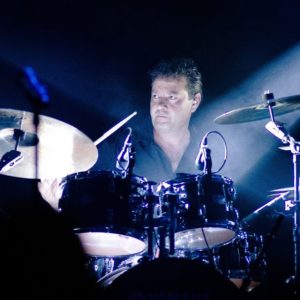